The social significance of Snooker 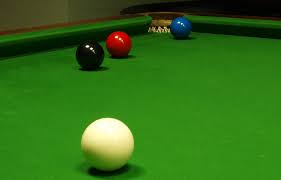 I’ve posted before about potential sociological perspectives on Snooker (that post focused on the way that the sport illustrated globalization processes). I was just searching through some old issues of Theory, Culture & Society when I came across an article titled ‘The Social Significance of Snooker: Sports Games in the Age of Television‘. It was authored by Mike Bury and published in 1986. Unfortunately, the article requires a subscription to the journal. The first footnote shows just how topical this paper was when it was written, it refers to the fact that the 1985 classic world final between Steve Davis and Denis Taylor had just taken place (just after the completion of the article) and had been watched after midnight by an audience of 19 million viewers in the UK alone.

This entry was posted in sport, TV and tagged snooker, Tcs. Bookmark the permalink.

4 Responses to The social significance of Snooker